Lewis Hamilton beat Sebastian Vettel in 2011 Chinese GP after the Red Bull driver celebrated in the first two races in Australia and Malaysia from pole position.

Hamilton had a drama ahead of the start of the race while his car failed to fire up in the garage, but he left the pitlane in the last minute and arrived on the grid.

McLaren decided to go for the three stop strategy as Pirelli tyres were very sensitive to overheating while Vettel was on a two stop strategy.

Hamilton made the decisive move on Vettel in the fast Turn 7 and surprised the German, winning his 15th F1 race (he won 21 races for McLaren in total).

“I still cannot find the words, this was one of my best races,” said Hamilton, who was 21 points behind Vettel.

“It’s unlikely we have a fight like this today, you really have to think about the situation but I like challenges, when you have to overtake someone, it’s much sweeter.”

“In the end, it was tough to get past Sebastian – even though he was getting slower, he never looked like getting out of shape. It was always going to be difficult to follow him onto the back straight, so I wanted to get him before then – I wasn’t expecting to overtake where I did, but I had the grip to keep ahead and I made it stick.”

“I feel so proud: this race is in my top three of race wins, it’s up there with Silverstone and Monaco in 2008. I exist and I live and I breathe to win: I love winning and I just couldn’t be happier.” 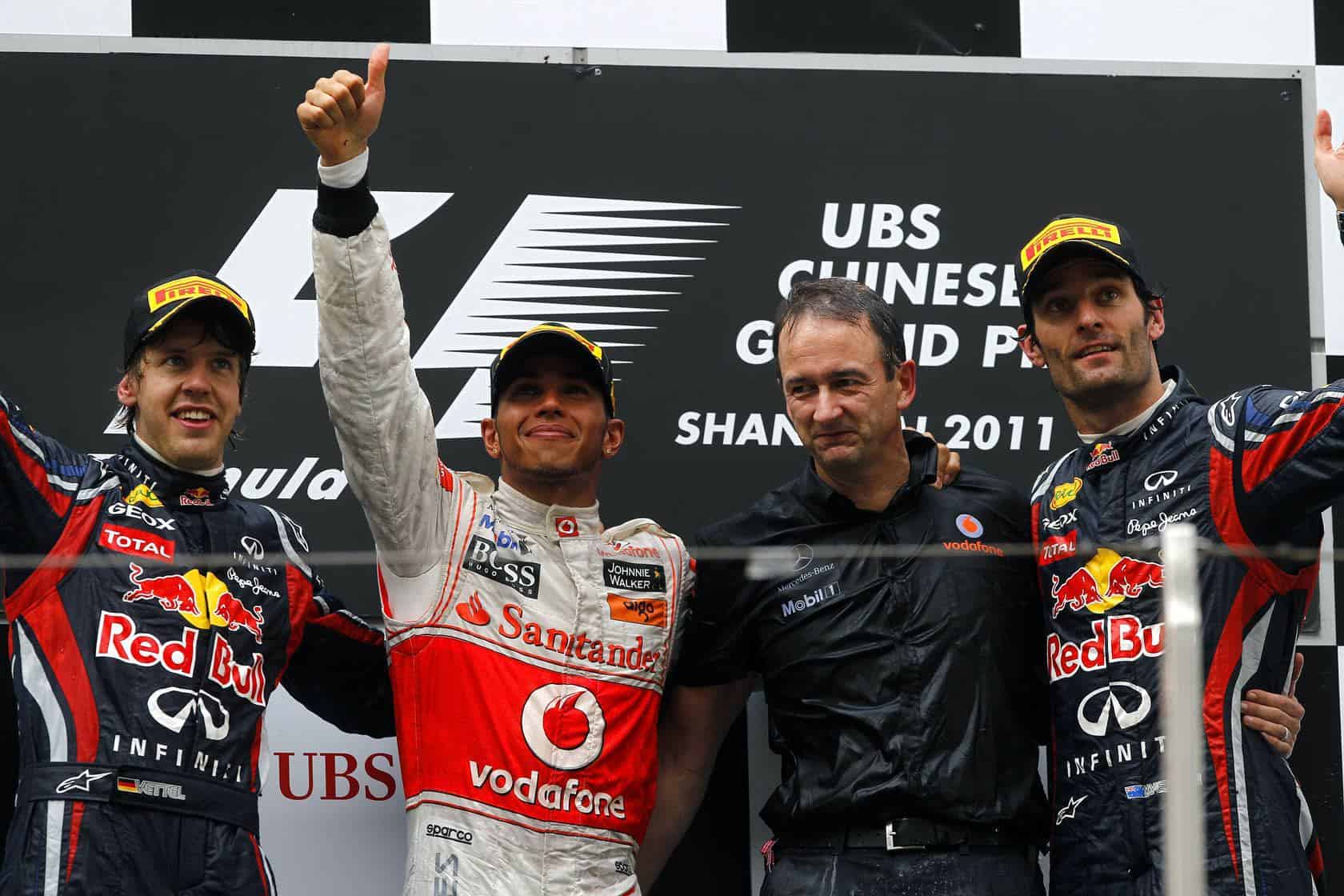 Michael Schumacher secured his first victory of the 2003 F1 season, day after his mother d…