Official F1 tyre supplier Pirelli has announced which three tyre compounds will bring to each of the first three races of the season and for the third race in Australia they have decided on an unusual choice.

There are still five tyre compounds (C1 hardest, C5 softest) although they are completely different from last year, as well as a tyre construction that is more robust so drivers can push more with less overheating.

Due to the global pandemic, Pirelli introduced a fixed allocation of tyres for all teams in 2020, without drivers being able to choose which tyre compounds they want in which quantity, which continued at the request of the teams in 2021 and 2022.

For this season, Formula 1 has abolished the rule that drivers who pass in Q3 will have to start the race on the set of tyres on which they set their best time in Q2, which means that all drivers will be able to choose the tyres to start on, not just drivers who qualify outside the top ten.

For the third race in Australia, which is being run for the first time since 2019 and on a much faster configuration, Pirelli decided to prepare an unusual combination (C2, C3, C5) in which they skipped the C4 compound.

Pirelli is no stranger in choosing three components that are not next to each other in the hardness scale to increase strategic variations and provide slightly more grip in one fast lap, depending on track configuration and asphalt surface.

As before, drivers will have to save one set of two harder compounds for the race (and one of them must use it) while one set of the softest available compounds must be kept for Q3. 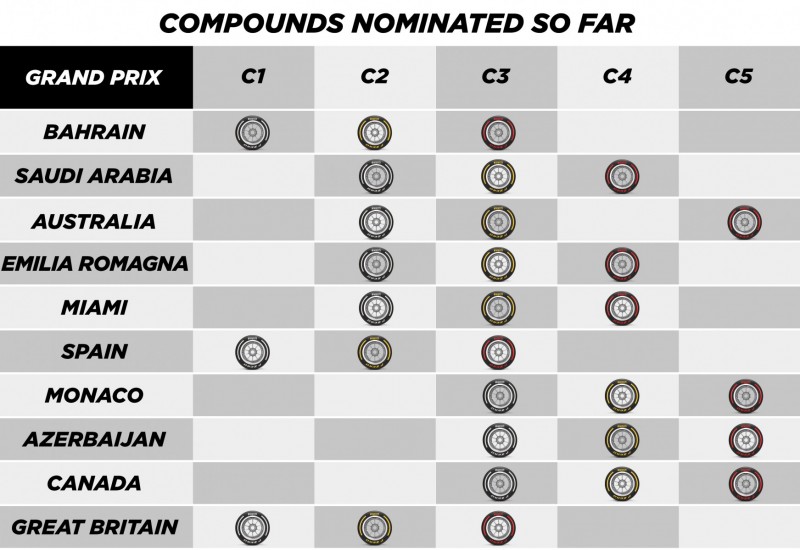