Pirelli and Renault completed the first test of the new 18-inch tyres that will be used in Formula One from 2021 as Sergey Sirotkin completed 213 laps on Paul Ricard over the two days of the test.

The Italian tyre manufacturer has planned to perform three tests of their new 18-inch tires on the 2018 F1 hybrid cars this year, with adapted suspension to accomodate low-profile tyres, and the first test was done with Renault and their test and reserve driver Sirotkin.

“We were delighted to open up a brand new chapter at Paul Ricard, with the debut for our 18-inch tyres – which will change the face of Formula 1 – taking place alongside our latest development test for next year’s 13-inch tyres,” said Mario Isola from Pirelli F1 programme.

“Renault provided a 2018 mule car for the 18-inch test, with Sergey Sirotkin driving to mark this historic moment. We completed our planned programme as expected, covering 213 laps with the 18-inch tyres over two days.” 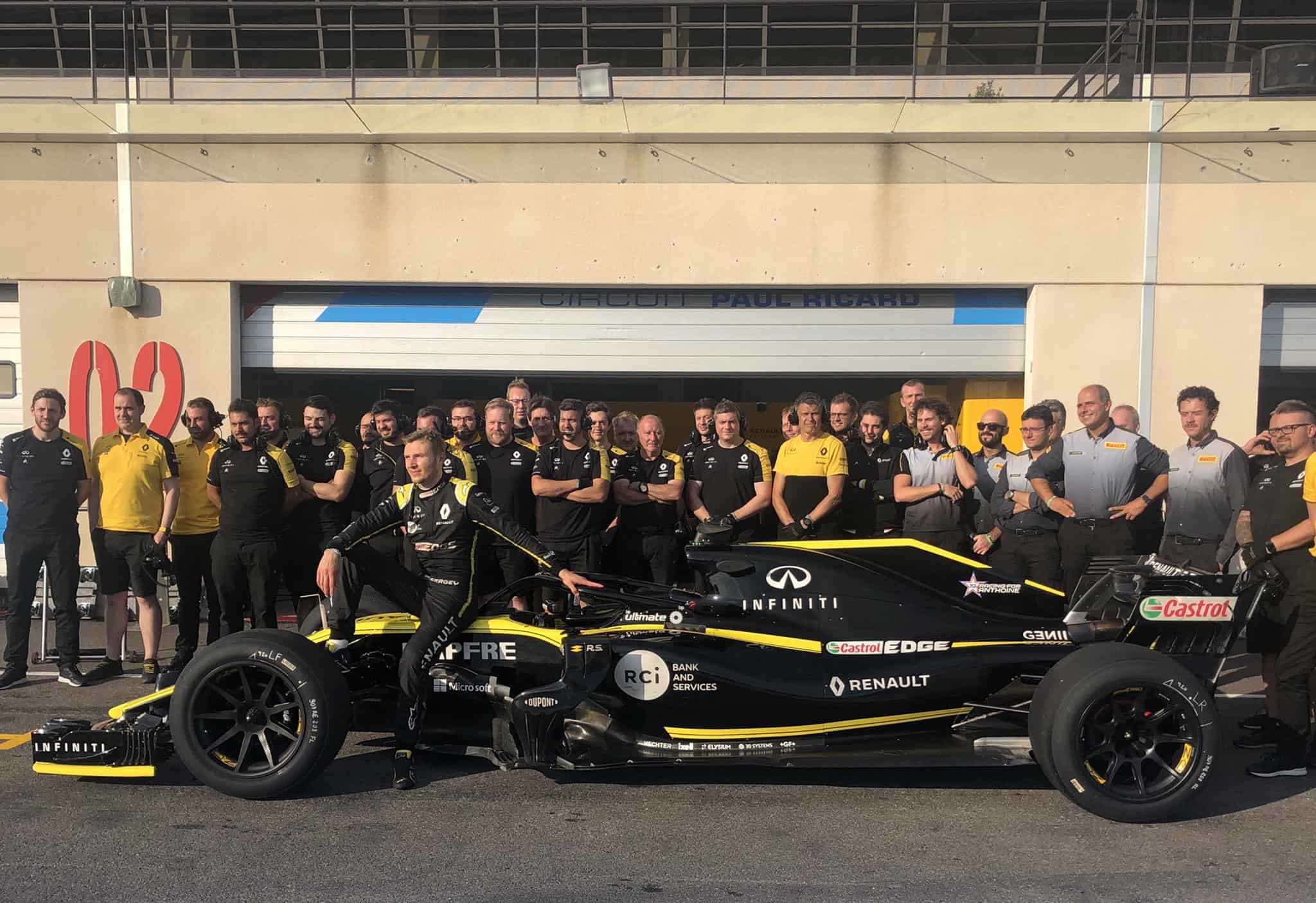 “This was very useful for us to take a first look at the new generation of tyres and start shaping the development path that we will follow for the remainder of this year and next year.”

“Of course, it is hard to read too much into this test as these are still very early days, but we have accumulated all the preliminary data that we wanted in good weather conditions, so thank you very much to Renault and to Sergey for their availability.”

“With the 13-inch 2020 tyres, we covered 212 laps over the two days thanks to Esteban Ocon and Mercedes. The work consisted of assessing a range of prototype slick tyres, as we begin to finalise next year’s specification: the last season of 13-inch tyres before we move on to 18 inches in 2021.”

Second and third test of the Pirelli 18-inch tyres will be done by McLaren (October) and Mercedes (November).

After a pause of more than three months since Melbourne, the 2020 F1 season finally gets u…