The Italian manufacturer and exclusive tyre supplier for Formula 1 Pirelli is opened to the use tyre construction and compounds from 2019 in 2020 F1 season after criticism of their new tyres.

Pirelli, along with several teams and their current F1 cars, have been working on developing new tires for 2020 that should reduce overheating and increase the optimum temperature working range.

To reduce overheating and allow drivers to press harder in the race, from 2019 Pirelli uses 0.4 mm thinner tyre tread than in 2018, when such tyres were used on only three tracks with new asphalt (Barcelona, Paul Ricard and Silverstone), which made it more difficult control the tyre temperature due to faster heat exchange.

That’s why this year’s car tyres were working better with more downforce and many teams had problems getting the most out of them, especially in one lap.

After numerous criticisms of new tyres, which were tested by drivers on Friday in the Brazilian GP and during a two-day test after the last race of the season in Abu Dhabi, Pirelli is open to the use of 2019 tyres in 2020 as well.

“We completed two days of testing with the 2020 tyres in temperatures that were more typical of the Formula 1 season,” said Pirelli F1 managing director Mario Isola.

“The most important part was giving teams the opportunity to run the 2020 tyres back-to-back with the current 2019 tyres, to see how they compared. Although each team’s test programme was – as usual – individual, the drivers now have a good subjective impression and the next task is to correlate this with the objective data gathered.”

“During the first day, we tended to see shorter runs, with teams concentrating on longer runs during day two. We’ve noted some improvements, especially with the softest C5 tyre, but that’s not always been matched by the tyres with compounds in the middle of the range.”

“To get the complete picture, we’ll of course analyse all the data in precise detail over the next days, especially the long run data, which is particularly pertinent.”

“Considering the predicted evolution of the cars for next season, we still believe that the 2020 tyre construction remains the best solution, but we are of course open to continue working with the 2019 tyres if this is what the majority of teams desire.” 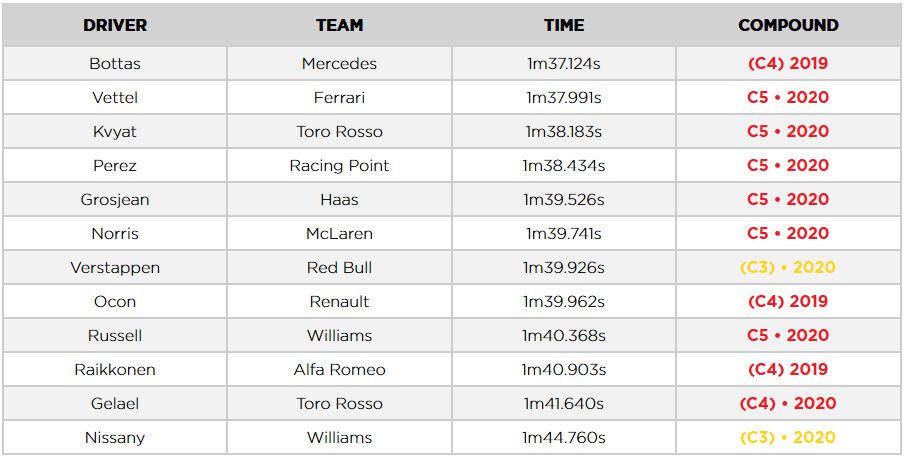 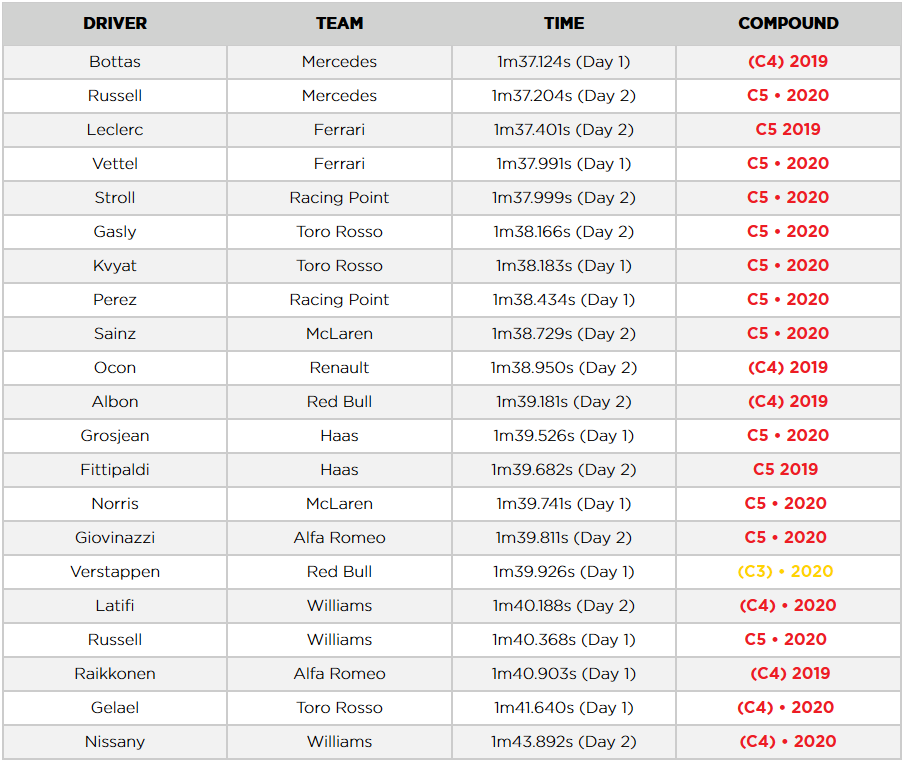