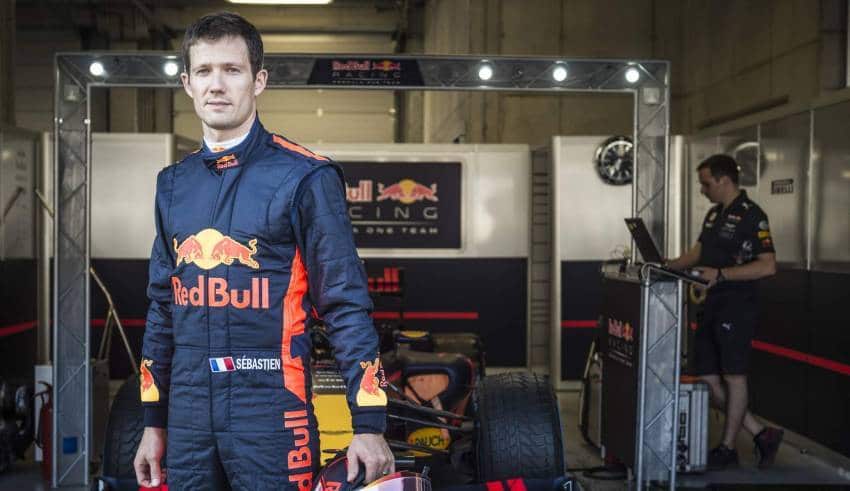 Ogier, like a boy, admired Ayrton Senna and imagined one day he would become the F1 driver, but instead he won four consecutive WRC titles with Volkswagen who retired at the end of last season.

This season, Ogier drives for the M-Sport World Rally Team where he drives the Ford Fiest WRC ’17 and has a big fight for the title with Thierry Neuville who drives the Hyundai i20 Coupe WRC for the Hyundai Motorsport team and which Ogier leads for 11 points after 8 of the 13 races .

In a break between races in Poland (July 2nd) and Finland (July 30), Ogier found time for his  dream and run the F1 car for the first time on the Red Bull track in Spielberg.

“As a child I looked at Senna, he was my idol, and of course I dreamed I would try F1 car one day,” said Ogier.

“As a racing driver you want to be fast, and F1 car is the fastest you can drive, so of course it is something every racing driver wants to try one day.”

Ogier won 40 times in his WRC career and was 493 times stage winner, but admits that driving Red Bull’s RB7 2011 is a completely different experience, as David Coulthard confirmed.

“When you’re used to rally, you have a lot more space in the cockpit, but with GP car you are in a much more tighter environment,” said DC.

FIA, Formula 1 and all teams agreed to postpone a major change to the technical regulation…