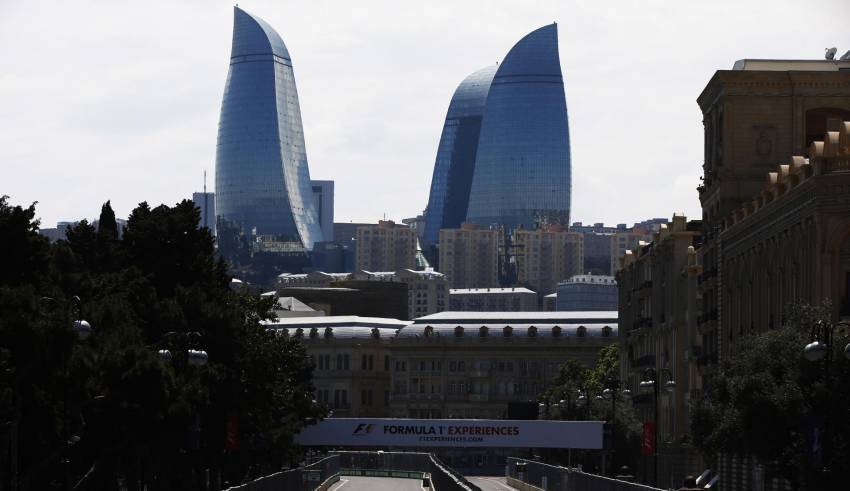 The Baku Street Circuit has a very long straight where cars develop some of the highest speeds in the entire F1 calendar and the full throttle part starts even earlier, after the last true corner number 16 – who hit the highest speed on a particular part of the track?

The Azerbaijan track demands completely opposite characteristics of the car in the individual track sectors – the first sector consists of four corners at 90 degrees and a moderately long straight between the second and third corner where the first DRS zone is located.

Before we analyze the highest speeds in the qualifying, let’s have another look at the track map in Baku, which this year received another DRS detection point (last year one point for both DRS zones), and changed where it finishes first and starts the second sector (last year it was before turn 7, this year before turn 5). 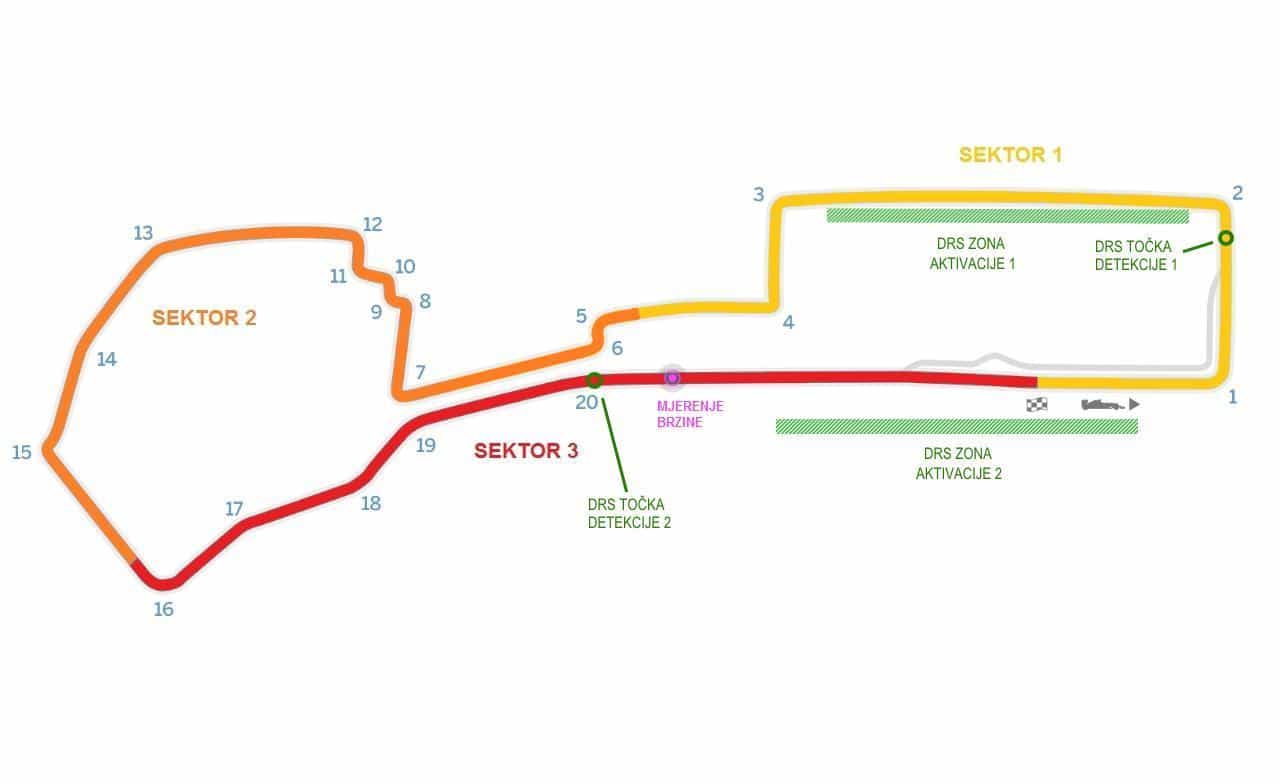 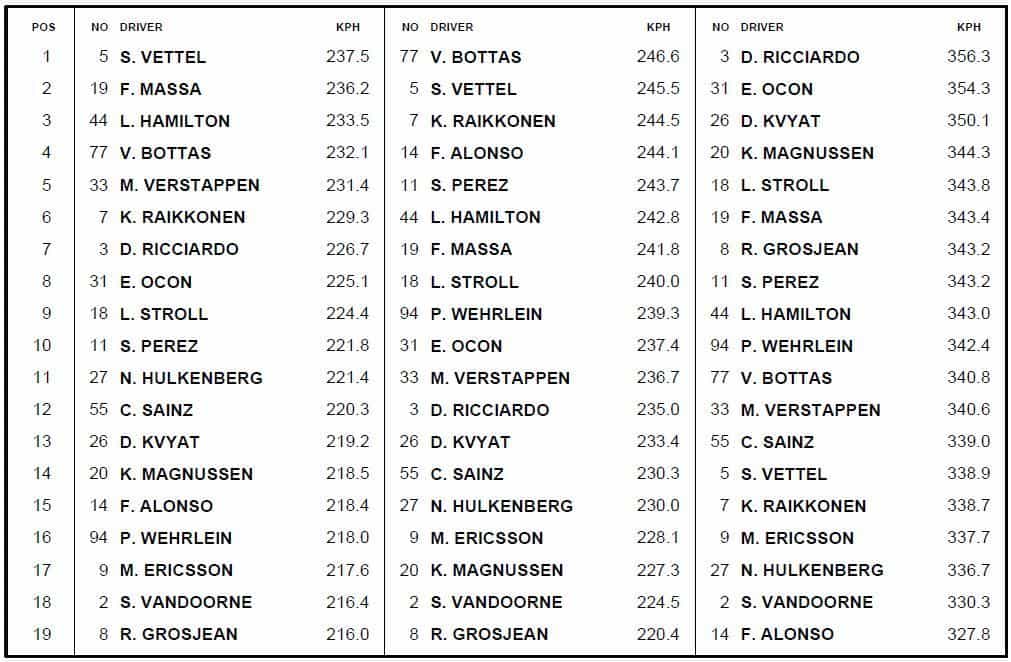 The fastest was Daniel Ricciardo in Red Bull (356.3 km/h) who used less downforce than Verstappen (16 km/h slower) or grabbed a good slipstream from some of the drivers.

Daniil Kvyat was also 11 km/h faster than team mate Sainz in Toro Rosso so we have a somewhat surprising situation that from the top three of the fastest cars at this point, two have Renault engine (arrived in Baku with a minor improvement in engine maps worth around 0.2 seconds per lap).

From the fourth place (Magnussen) to the 15th place (Raikkonen) the difference is only 5.4km / h.

Convincingly the slowest were McLaren Honda drivers Vandoorne and Alonso who was 9 km/h slower than the next slowest driver in another team, Hulkenberg in Renault. 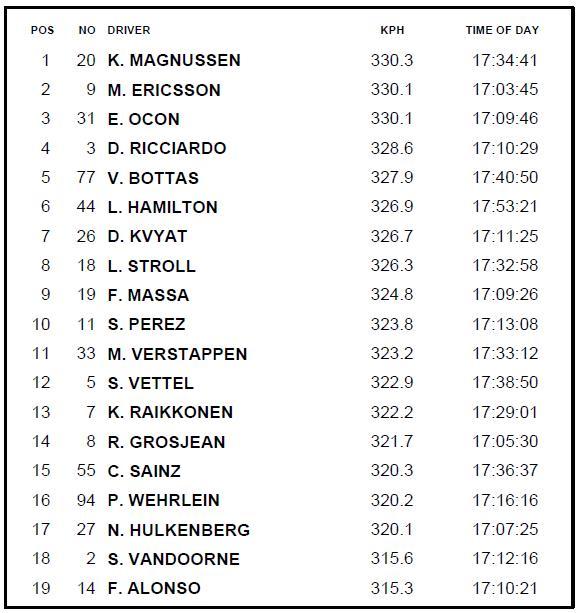 Speed measurement is 210 meters behind the turn 20  differences in speed are less than at the start finish line.